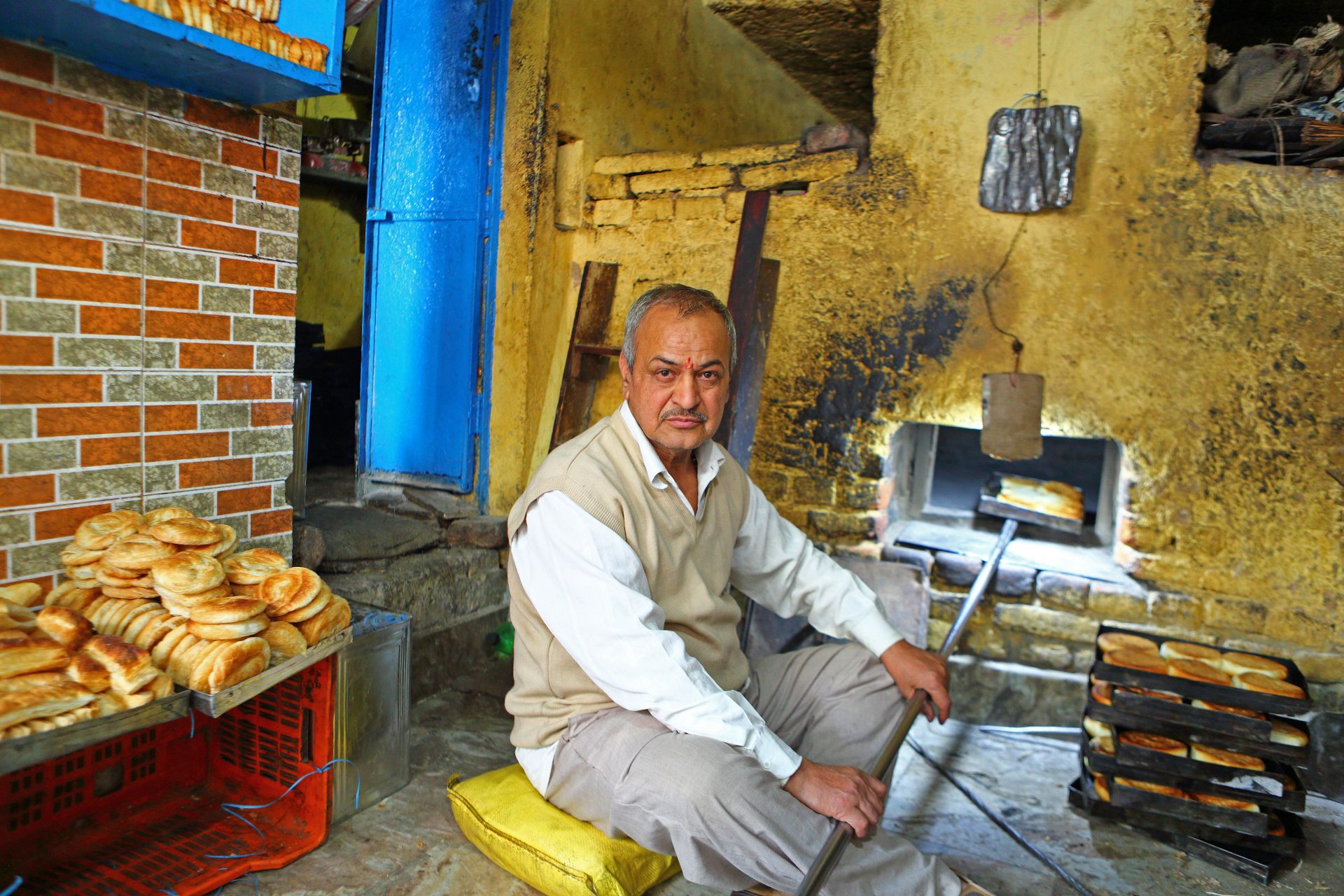 Jammu is haven for food and there are number of finger licking local recipes that makes the place indeed a gourmet paradise. The food of Jammu is influenced by the gourmet culture of Dogras and Kashmir.

Having my roots in the city, summer capital of Kashmir, Jammu has been a second home to me.

Rejoicing the part I love the most about Jammu, let me take you down the memory lane in gastronomical gullies of Jammu.

One of the things which I miss the most is the Rich thick Dahi or yoghurt with a thick layer of malai on it.

The Dahi was sold in donas (cups made of leaves) which were not only eco-friendly but would also give an aroma to the Dahi and with a spoonful of sugar this Dahi tasted divine.

Those days mostly buffalo milk was used. Whether it was the breed of the buffalo’s, their diet or the technique of making the yoghurt those days that yoghurt has just vanished and unfortunately there is no effort being made to revive it?

Jammu is popular for its Chole Kulche and Rajma Chawal, my main reason to avoid carrying tiffin to school; as it was essential item in our cafeteria menu.

With Changing trends a lot has changed but still there are few of traditional confectioners (halwai) operating in popular markets in Jammu practicing the same old authentic recipes.

One such is Rawal Pindi Halwai, the shop has been operating in Jain Bazaar, Jammu since 1920 started by forefathers of Gupta family. The business is currently helmed by Praveen Gupta third generation.

His specialities are Aloo Pooris made from Desi Ghee with a generous accompaniments of Tangy Mustard tossed Potatoes, Chick peas curry (chloe), few varieties of chutney’s and salads. The popularity of his food has taken him beyond the city circumference to urban cities like New Delhi, Punjab, and Kolkata for catering orders.

Our interaction with the confectioner revealed the philosophy behind his great food in such a humble thought, “Its simple great ingredients, make great food”. How true is that like I said before Jammu is indeed a place known for purity of ingredients and its geographical indication, untouched by technology and commercialisation that we see in urban cities.

Food is celebrated in this city and hence is pure and deliciously divine.

Another foodie memory that I have is during summers, when we used to visit Srinagar, Kashmir, a stop at Nandini (one of the most sorted after eateries) was a must just to have Paneer Pakoras (Cheese Cottage Cutlets) with Anardana Ki Chutney (pomegranate seeds paste) that tasted heavenly.

They also sold soft creamy paneer which was a must buy for friends and family; it’s rather sad that the shop is no more operational and this confirms my belief that it had got to do with the breed and the feed of the buffalos and quality of milk.

As a Food connoisseur when I now look back, the lavish spread of food in Jammu amazes me; I feel fortunate to have relished these local delicacies.

The other iconic delicacy of the place is Phenis, most popular during fasting, it is enjoyed otherwise also with Kashmir Sheer-Noon Chai. My mom was an expert in making Noon Chai and passed on her culinary skills to my sister and wife. For those who know less about this tea, it’s indeed a tricky tea to make for sheer effort that goes in getting the colour pink.

Our family noon chai sessions use to be with phenis from Jalliyaan Di Hatti in Jain bazaar. Established in 1915; known for his contributions in keeping the traditional alive for five generations.

The present generation is represented by Shri Satish Kumar Arora & his son Rahul Arora. Proud of the fact that they have kept the culture alive they flaunt their originality by displaying the state subject.

Talking about food and people of Jammu, it’s compelling to see that natives of Jammu are fond of eating which is why the place offers mouth-watering delicacies to savor your taste buds. Amongst the popular snack item of Jammu is Dabara.

My father would often bring Dabara for the evening tea, these Dhabaras looked like an Aloo Bonda or Aloo tikki (Potato Cutlet) but these deep fried patties of cauliflower, potatoes with generous amount of ginger, anardhana, amchoor and green coriander had a different taste and flavor altogether.

On my last visit to Jammu, I tried desperately to find a shop which still sells these Dhabaras , after a lot of labour finally found one but to my disappointment was told that now they are available only once a week. So I decided to revive the food.

Learn more about the recipe in our Food and Chefs section.

Bakery is one the most loved items of the city, lip smacking cream rolls, wood fired oven biscuits; pastries and cakes. It’s a sweet paradise indeed. What I like most about the place is that it has a mix of both traditional confectioners as well as modern ones. Though my personal favourite are the conventional wood fired oven bakers.

Spotlight today is on one such old conventional baker Darshan Kumar of Darshan bakery In Jain Bazaar, Jammu.

He loves to still practice the old conventional method of baking in wood fired oven; a skill that he adorned from his father.

Though feels sad that his children preferred to give into modern technology and as a progressive father he bought them a modern bakery in Trikuta Nagar; Jammu while he still is passionate about his old art.

His bakery is a Vaishno (vegetarian) bakery and offers a wide spread of Rusk, Biscuits, Cream Rolls and Kulchas both sweet & salty ones.

Late evening would often mean a stroll down to the famous Raghunath temple and Ragunath Bazar and I would make sure that my father bought me some goodies which invariably would be Jammu chocolate barfee and some desserts from Darshan Bakery.

Chocolate is invariably favourite of all kids and so was mine. This chocolate had a rich dark colour and resembled the texture of toffee.

The ideal and traditional way to make this sweet is to keep simmering heat and cook till the sugar gets carmelized and dish gets a natural brown colour.

Jammu is flooded with vendors making these but the ones known for these since ages are Jallayian Di Hatti & Pahalwaan Di Hatti.

I can go on with praising the food of this modest city but for now do make sure that Jammu is for sure in your travel bucket list.

As a tribute to the traditional food of the city; catch my recipes on iconic delicacies of the city offering same authenticity, flavor and purity that seems to have been compromised over time. 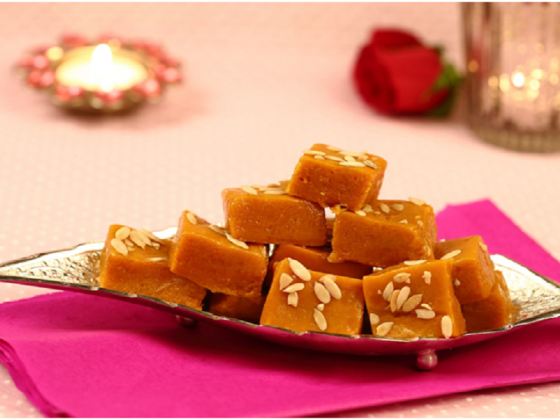 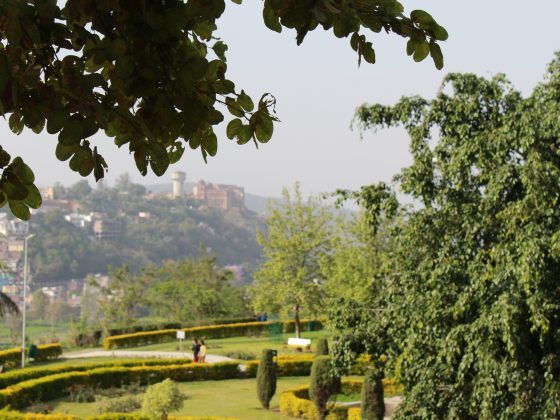 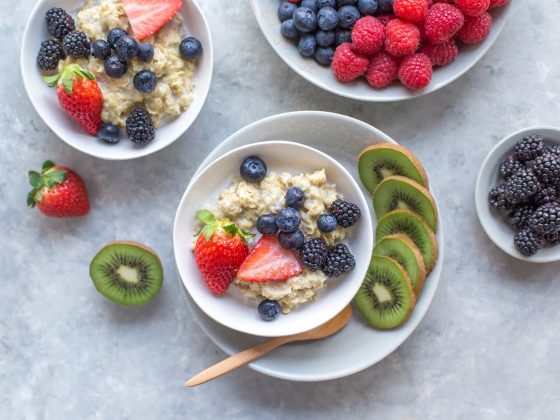 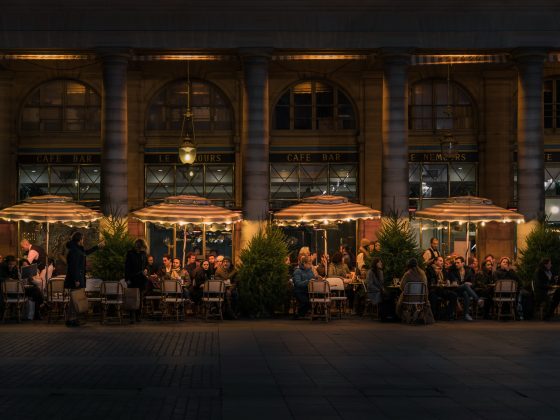 Metamorphosis of the F&B Industry amidst COVID-19 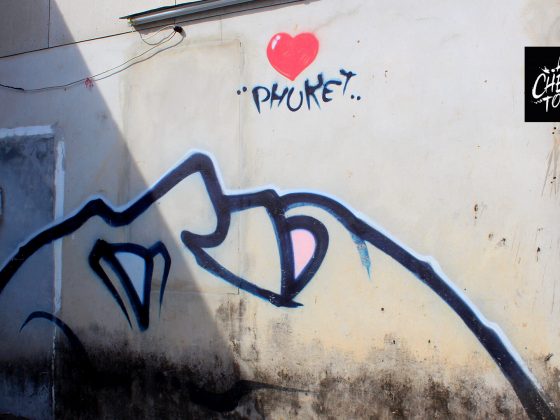 Culture on your Palate 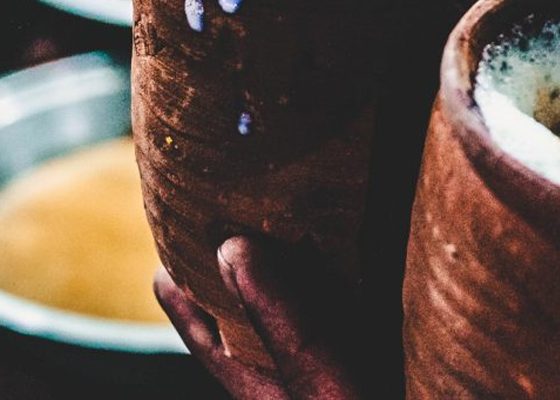 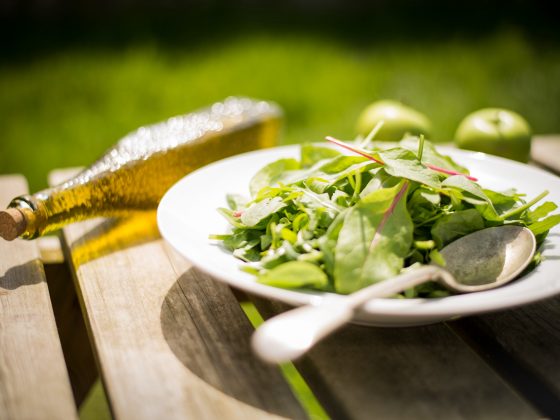 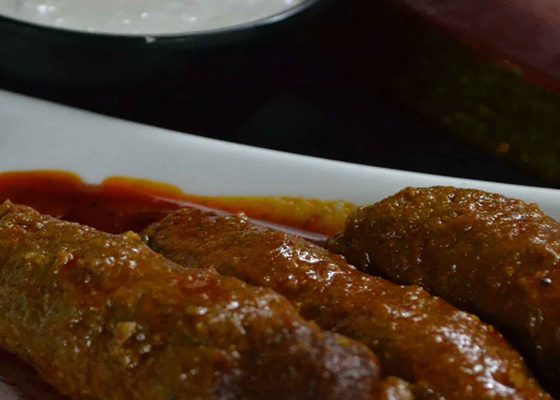 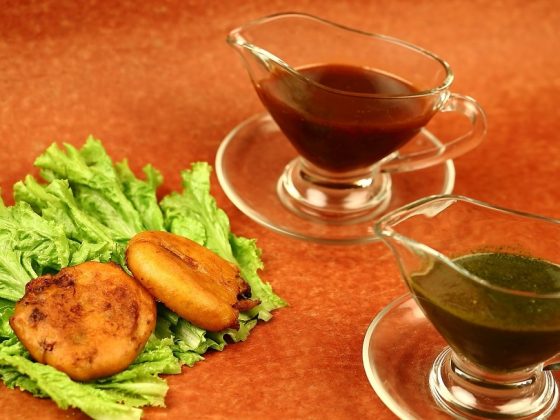 Recipe for Dhabara of Jammu